RockShox was founded by Paul Turner in 1989 in Boulder, Colorado, USA. It moved to California four years later when Steve and Deborah Simons bought out Dia Compe.

Turner raced motorcycles in his teens. In 1977, aged 18 he established a company that sold motorcycle components. He later worked for the Honda Motor Company as factory mechanic for their professional motocross team. This put him in contact with designers of suspension systems for motorcycles and other motocross industry people.

Simons is a former motocross rider in his teens and early twenties and entrepreneur. He developed heat sinks for Koni shock absorbers to lower oil temperatures and then in 1974 he designed a shock absorber for the company that became Fox Shox. He then established his own company Dynamic Enterprises which became Simons Inc. developing pneumatic upgrade kits for suspension forks. This led to his own fork design and manufacture. He had two patents on suspension forks, one which, for upside down forks, he licensed to motorcycle and suspension manufacturers.

In the late 1980s Paul began riding mountain bikes and with his motorcycle experience longed for suspension. Paul began developing the first bicycle suspension fork. In 1989 or 1990, Turner approached Simons for help designing a suspension fork for mountain bikes. Turner had in 1987, with the help of Keith Bontrager, presented a full bike with front and rear suspension at the bicycle industry trade show in Long Beach. The industry was not impressed. Two years later Turner and his wife Christi were manufacturing suspension forks in their garage with parts bought from Simons Inc, who later partnered Turner when Steve and his wife, Deborah, mortgaged their home to buy out Dia Compe and move manufacturing to Mt. View, California in 1993. The R&D and Marketing groups remained in Boulder, Co. until moving to Mt. View, Ca in 1994 and then Santa Cruz in 1995. Manufacturing and Engineering move to San Jose, Ca in 1995. They worked with Thomas Dooley at TDA in Boulder, CO who created the current Rock Shox logo, and was the creative director for all marketing and advertising.

Turner brought in Greg Herbold as a test rider and company spokesman. Herbold became the first world champion in downhill mountain biking on one of the first suspension forks for mountain bikes made. In August that year the company manufactured its first 100 suspension forks, the RS-1. The start-up was financed by the East Asian bike component manufacturer Dia-Compe, the founders, and other investors. Dia Compe manufactured the next series of forks but later was bought out by Simons & Turner and disposed of its shares. From then the forks were primarily manufactured at Rock Shox in Mt.View, Ca. 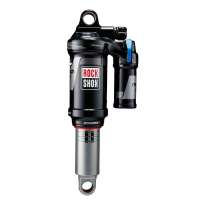 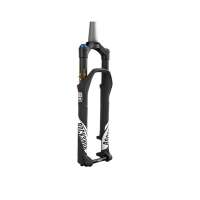 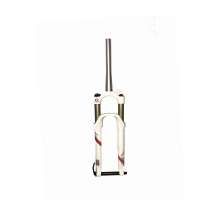 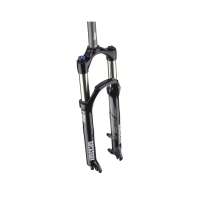 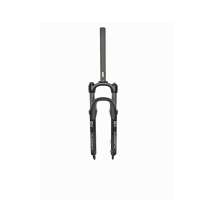